The cooperation between academia, civil society and the cultural sector is a crucial and peculiar component of this project: each one of us comes from one of those areas; nevertheless, we all felt the urgent need to use our specific competences in order to address the effects of internal displacement on civilians’ sense of belonging. 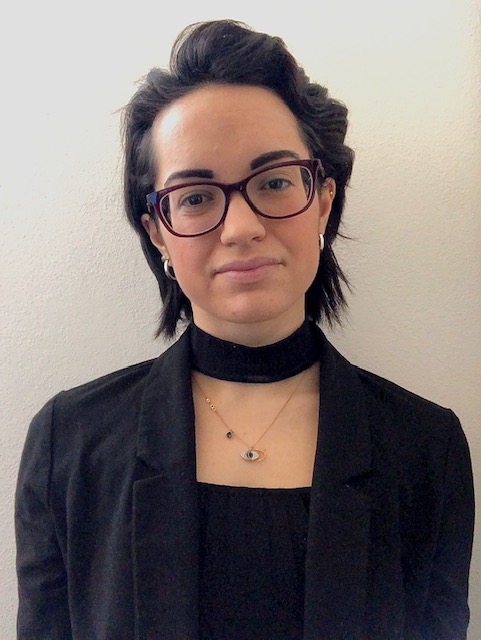 She holds a MA in Interdisciplinary Research and Studies on Eastern Europe at the University of Bologna, Italy. She defended her graduation thesis on disenfranchisement of internally displaced persons in Ukraine, tackling topical issues such as decentralization and electoral reforms. In 2020, she was a research intern at the Centre for East European and International Studies (ZOiS) in Berlin. In 2021 published her first analysis on the topic of the Ukrainian government’s restrictive citizenship policy discriminating against IDPs for the Temerty Contemporary Ukraine Program at HURI Harvard. She is an alumna of the “Ukraine Calling” capacity-building programme along with Yuliia and Nastia.

Curator of exhibitions in Ukraine, Poland, and Austria, art historian. Curator and founder of the self-organized space 127 garage. Master’s degree in Art History at the Kharkiv State Academy of Design and Art. Project manager and the curator at the Kharkiv Municipal Gallery (2015-2020), the curator of the NonStopMedia Biennale of Contemporary Art (2018) and others. 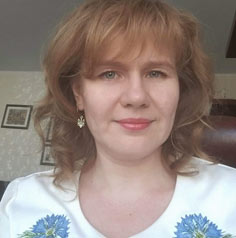 She has been dealing with the issues of IDPs and conflict-affected populations in Ukraine since 2014 when the armed conflict broke out. She started as a volunteer helping IDPs and then joined CF “Right to Protection” to deliver assistance and promote positive changes in 2015. She has contributed significantly to collecting strong evidence for further interventions and advocacy both at local and national level. She has prepared a series of thematic reports that were used for promoting legislative changes related to IDPs and conflict-affected populations as well as infrastructural improvements at entry-exit crossing points to/from non-governmentally controlled areas of Donetsk and Luhansk regions.

For more information, send us an email to: